Why music makes you happy.  Read this article by Emily Sohn from News.Discovery.  Great stuff.

– Listening to moving music causes the brain to release dopamine, a feel-good chemical.

– Dopamine-induced pleasure may help explain why music has been such a big part of human societies throughout history.

– Understanding why people like listening to music is helping scientists understand human pleasure.

People love music for much the same reason they’re drawn to sex, drugs, gambling and delicious food, according to new research. When you listen to tunes that move you, the study found, your brain releases dopamine, a chemical involved in both motivation and addiction.

Even just anticipating the sounds of a composition like Vivaldi’s “Four Seasons” or Phish’s “You Enjoy Myself” can get the feel-good chemical flowing, found the study, which was the first to make a concrete link between dopamine release and musical pleasure.

The findings offer a biological explanation for why music has been such a major part of major emotional events in cultures around the world since the beginning of human history. Through music, the study also offers new insights into how the human pleasure system works.

“You’re following these tunes and anticipating what’s going to come next and whether it’s going to confirm or surprise you, and all of these little cognitive nuances are what’s giving you this amazing pleasure,” said Valorie Salimpoor, a neuroscientist at McGill University in Montreal. “The reinforcement or reward happens almost entirely because of dopamine.”

Music to Your Ears?

“This basically explains why music has been around for so long,” she added. “The intense pleasure we get from it is actually biologically reinforcing in the brain, and now here’s proof for it.”

In a previous study, Salimpoor and colleagues linked music-induced pleasure with a surge in intense emotional arousal, including changes in heart rate, pulse, breathing rate and other measurements. Along with these physical changes, people often report feelings of shivers or chills. When that happens during a listening experience, Salimpoor’s group and others have found evidence that blood flows to regions in the brain involved in dopamine release.

To solidify the dopamine link, the researchers recruited eight music-lovers, who brought to the lab samples of music that gave them chills of pleasure. Most picks were classical, with some jazz, rock and popular music mixed in, including Led Zeppelin and Dave Matthews Band. The most popular selection was Barbar’s Adagio for Strings.

After 15 minutes of listening, scientists injected participants with a radioactive substance that binds to dopamine receptors. With a machine called a PET scanner, the scientists were then able to see if that substance simply circulated through listeners’ blood, which would indicate that they had already released a lot of dopamine, and that the dopamine was tying up all available receptors.

Be a Stay-at-Home Rock Star, If Ujam

If most of their dopamine receptors were free, on the other hand, the radioactive substance would bind to them.

The technique showed, definitively for the first time, that people’s brains released large amounts of dopamine when they listened to music that gave them chills, the researchers reported in the journalNature Neuroscience. When the same people listened to less moving music the next day, their dopamine receptors remained wide open.

Once the researchers knew for sure that dopamine was behind the pleasure of music, they put participants in an fMRI machine and played the moving music for them again. In this part of the experiment, the scanners showed that the brain pumped out dopamine both during the phase of musical anticipation and at the moment when chills hit in full force. The two surges happened in different areas of the brain.

“It is amazing that we can release dopamine in anticipation of something abstract, complex and not concrete,” Salimpoor said. “This is the first study to show that dopamine can be released in response to an aesthetic stimulus.”

The findings suggest that, like sex and drugs, music may be mildly addictive, said David Huron, a music cognition researcher at Ohio State University, Columbus. 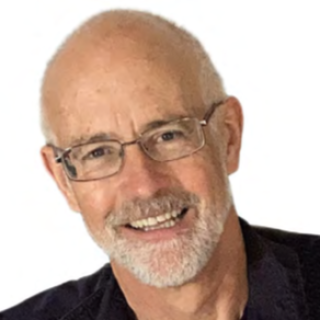 ‘Get The Singing Habit’